Create categories for your POIs. 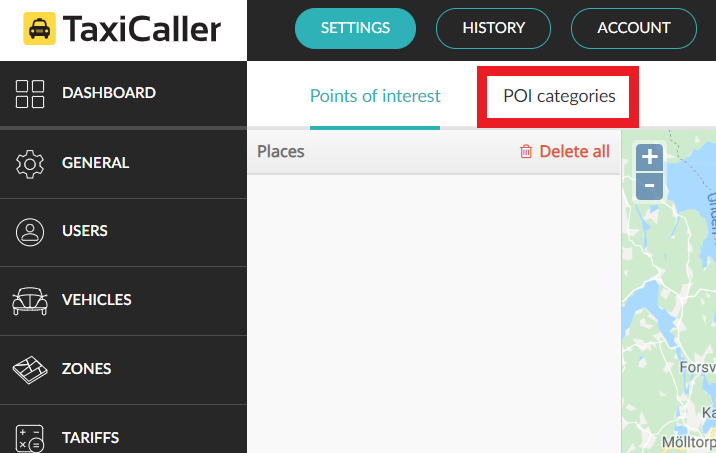 Creating categories is not a necessary step for the use of this feature, but it is useful when you have a large amount of POIs. You can create up to 100 different categories, for example Libraries or Restaurants.

Go to the second tab POI categories and start adding them directly. Once you are done adding the categories, click on Save.

POIs are batch added in the following format (note the square brackets at the beginning and end):

Each new node that you add will need to be its own line and each line is separated by a comma:

Under “name”, write the name of that POI (for example: “name”: “JFK Airport”)
After “coords”, write the longitude and latitude for the POI in the brackets. Coordinates are in the format of decimal degrees, multiplied by 1e6 , so for instance 58.234234 is entered as 58234234.