Galway Taxis was founded in 1986 by a group of 16 taxi drivers, striving to provide the people of Galway with a reliable, fast and efficient taxi service.

Since then, the company has grown to a 100-car fleet, becoming Galway's number one taxi company with the most downloaded apps

Galway Taxis was one of the first taxi companies in Galway, and in Ireland, to look for cloud-based taxi dispatch software back in 2013. They looked at several traditional dispatch systems and some of the new options on the market. After months of research, they decided to test out the TaxiCaller apps as their best option.

The taxi app was a new concept to all of their drivers and for many, it was their first introduction to a smartphone. Some of the drivers didn't know how to answer a call on a smartphone, not to mention running an app. But right from the start, the TaxiCaller dispatch system was extremely user-friendly for drivers of all age profiles. Within days, the drivers were experts on the apps.

"We have never lost a company account or hotel chain in the 4 years we have started using the system. TaxiCaller has never let us down."

After a couple of months of running with the apps only, and with months of continuous service with no downtime, it was decided to move over all of their business to the TaxiCaller dispatch system. Their phone lines we're integrated with the system so they could take advantage of the Caller ID feature and job history.

Once this decision was made, Galway Taxis never looked back. All of their accounts with many of their multi-national firms like Boston Scientific, S.A.P., the Radisson Blu Hotel Group, Clayton Hotels and many other significant companies have their monthly jobs invoiced through TaxiCaller.

"We have significantly increased our business from our website (www.galwaytaxis.com) and our rebranded passenger apps now account for up to 25% of our overall bookings at certain hours of the day."

With an in-app payment option, customers can securely register credit cards and pay for trips right from their apps. They also use the integrated payment option, SumUp, to take card-present payments.

Galway's rebranded passenger apps have helped them attract a high number of new customers, leading to them becoming the most downloaded taxi app in their city. With their apps and online booking options, Galway has seen their total job numbers grow by 17% from 2014 to 2015 with over 26,000 app bookings that year, and 39,000 app bookings in 2016, with that trend continuing to rise.

Galway Taxis have seen a massive increase in bookings and downloads which led to them being the only taxi company in Galway looking for new drivers.

They have actually expanded their fleet by over 10% in 2016 to cater to this increase in bookings. That trend has only continued over the years, making them the number one taxi company in Galway and a true success story.

You deserve dispatch made easy

and stay tuned with the latest features we’re developing! 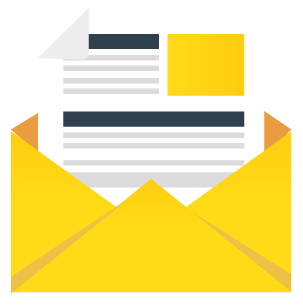